“How stupid are the people of Iowa?”

So, it turns out the old, tired rules of politics aren’t so old and tired after all.

A message is better than a muddle: Bernie Sanders has one, a message, and Hillary Clinton doesn’t. The old rule for candidates is that when you begin to hate the very thought of giving your stump speech one more time you are at the point when the message is finally being heard. Whether one likes it or not, Sanders’ message about income inequality, economic unfairness and a rigged economy has been consistent for, well, thirty years. I follow this stuff pretty closely and I still can’t define why Clinton wants to be president and what she might do with the job if she gets there. Electability and experience isn’t a message.

An organization is better than a rally: Ted Cruz had the old-style ground game to identify voters and get them out to caucus on a cold February night and Donald Trump didn’t. The key metric here is that the allegedly brilliant real estate developer spent more money over the last few months on baseball caps than he did on data collection and analysis of the Republican caucus goer. Sounds like a loser to me. 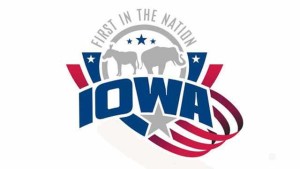 Ideas are better than ideology: The Republican field comes out of Iowa more muddled and soon to be more vicious than ever and just as devoid of real political ideas as the party has been for the last eight years. The last two GOP candidates for president have made the mistake of thinking they could win an election by not being Barack Obama, now the Republican field seems to think it can win by not having an agenda. Ask yourself a simple question: what do the Republicans want to do? They seem only to want to be against things – immigrants, Obamacare, trade deals, climate change, same sex marriage, you complete the list. Where is the agenda – a conservative agenda – that talks of moving the country forward? Obama ran on hope and change and not being George W. Bush, but he was also about ending wars and doing something to address the uninsured. Republicans seem to want to run on gloom and doom and repealing Obamacare without offering a replacement. Still aren’t convinced? Consider this: a democratic socialist is giving Hillary Clinton a contest, not because of the label, but (so far at least) because of his agenda.

Substance trumps showbiz: This is, admittedly, a variation on the previous point, but (fearless prediction) even reality television shows grow old when they get into re-runs. Over the course of the next few weeks (months) the vetting of the next Commander-in-Chief will get ever more serious. Events in the world or the economy will give us all a taste for the future again and we’ll look to substance and seriousness, at least I hope we will. It’s easy now to see that the turning point in the last real presidential election we had, 2008 – Obama versus McCain, came with McCain’s theatrical suspension of his campaign during the near economic meltdown in the fall of the election year. McCain, with little to say about the economy, opted for the showbiz of suspending his candidacy and threatening to miss a scheduled debate. Obama, cool and collected, looked by contrast “presidential.” Game over.

Iowa is ridiculous: Not the state, but the caucus process. Both parties would be well served to put a stake in the charade that a couple of hundred thousand non-representative voters should have a critical role in beginning the presidential selection process. There has got to be a better way. There is: shorten the campaign (it can be done), rotate the opening primaries to involve a variety of states and regions and begin to act like a modern democracy rather than a what we have now – an almost completely non-representative process that produces endless debates and craziness.

On to New Hampshire. Save us from ourselves.

Oh, I almost forgot, how stupid are the people of Iowa? Not very.