The Year the Johnson’s Integrated Thanksgiving

Note: Happy Thanksgiving to all of you. I’m re-posting a Thanksgiving piece from several years ago about a very memorable day from my long ago youth. Hope you enjoy it …  and a great holiday. Thanks for reading.

Thanksgiving has always been my favorite holiday; the most American of celebrations dating back, officially at least, to Lincoln and the dark days of the Civil War. It has always meant connection for me – with family, friends, traditions and a profound sense that some of us, the lucky ones, truly are blessed with much to be genuinely thankful for.

I have enduring memories, no doubt ripened over time, of Thanksgivings past. There was the year my Aunt Vera couldn’t quite get the turkey cooked, while my mother – she who knew how to roast a bird – quietly steamed, and not just the brussels sprouts, either.

Mom was like I expect many women of her generation, a great cook of basic good things. No lumps in her mashed potatoes – ever. The gravy, she insisted, must be cooked – slowly. Pumpkin pie filling was eased into a crust made by hand. The dressing never came from a box. Mom wouldn’t have known a tortellini from a duck breast, but she knew how to make a traditional Thanksgiving dinner.

My father, never much of a hand in the kitchen, would marvel as we set down to the feast that Mom, with little more preparation than a  high school home ec course under her apron, could make it all come out just right and perfectly timed. No undercooked birds in the Johnson household. And she loved the compliments and, yes, fished for them. “Is the turkey moist enough?” she would ask just to be re-assured that the old bird was indeed just right.

“How about some more of everything?” she would suggest and often we would pass the platters again. She was the “Empress of Thanksgiving,” completely in command of her kitchen/dining room empire.

Poor Aunt Vera. Mom cut her no slack and I don’t believe we ever had Thanksgiving at her house again. 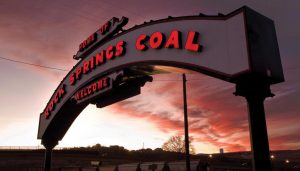 By the middle 1960’s, we had moved far from family in Nebraska to the isolated outpost of Rock Springs, Wyoming. (Of the many places I’ve lived, Rock Springs is the only town that consistently draws a knowing chuckle. Let’s just say that Rock Springs will never be confused with, say, Sun Valley, Idaho or Bozeman, Montana. Think west Texas with about as much charm.)

I was in junior high school in Rock Springs, the new kid in town with little by way of friends and with even fewer of the social skills that make some teenagers instantly popular with their crowd. Friends were yet to be made and Thanksgiving break that year was just an extra long weekend. What I did possess was a Gail Goodrich autographed model basketball and an abiding love of the game I was trying – slow of foot and short of stature – to master.

Thanksgiving wasn’t on my mind, basketball was. We weren’t going to travel to be with family, so I figured, weather permitting and with little else to do, I’d shoot a few hoops in a school playground after the turkey had been served.

A couple of days before Thanksgiving, Dad brought home news that he’d been asked by a friend at the local community college whether the Johnson’s might be willing to put an extra leaf in the dining room table and roast a slightly larger turkey in order to host two young men from the Western Wyoming Community College basketball squad. Mom, never one to shy from cooking for two or twenty, immediately said yes. I didn’t know what to think.

Welcoming total strangers to the Thanksgiving table was something we had just never done. I’m sure Mom prepared the turkey just as well as she always did. Knowing her she wanted to impress the college boys with the breast meat moist, the drumsticks savory, the mashed potatoes creamy and the gravy rich and hot. The pies were delicious, I’m sure. Frankly I don’t remember. What I do remember were the two big guys, really big guys, who showed up for dinner that Thanksgiving in windy Rock Springs.

Bill Davis was, as I recall, a rather skinny, 6 foot 8 inch post man with slick and quick moves around the basket. Donald Russell was a brawny, but quick 6 foot 2 inch shooting guard who bore a remarkable resemblance to his more famous older brother, Cazzie, the great University of Michigan and National Basketball Association star.

(These memories of the long-ago Wyoming Thanksgiving came rushing back when I read recently the happy news that the great Cazzie Russell had been inducted into the College Basketball Hall of Fame. He deserves to be there. In jogging my memory of Russell and his brother, I stumbled across a piece written about Russell about this time. He was a great basketball player and is a good man.)

These basketball playing, turkey eating, very big young men towered over my Dad who was all of 5 foot 6. I remember Mom apologizing that the long legs didn’t fit very well under our modest dining room table. I was in awe. College basketball players at our Thanksgiving table. I don’t recall being smart enough enough to ask the questions I would have liked to ask or confident enough to make the conversation I now wish I could have experienced. I was focused on basketball and the novelty of these two guys at our table.

I wonder now what two, rather quiet, even bashful, young African-American men must have thought of our very traditional, Nebraska-inspired menu and ritual? Did they humor us because they had been told to have Thanksgiving dinner with total strangers? They must have missed home and family and we must have been a poor and unfamiliar substitute. They ate well with their long legs under Mom’s table, but was it good food without genuine comfort? What did they really think of us? What did they think of Rock Springs? What did they think of the awkward kid?

I’m going to guess, this part of memory is truly fleeting, that the year the Johnson’s integrated Thanksgiving was 1966. Black Power had entered the national vocabulary in 1966. A half million Americans were in Vietnam. Indira Gandhi became Prime Minister of India, Star Trek premiered and A Man for All Seasons hit the big screen.

Bill Davis and Don Russell came to your house on an important day and, in some small but profoundly important way, I grew up over Thanksgiving dinner. No one would say that my Mom and Dad were pacesetters when it came to race relations, but the fact that my conservative, buttoned down father brought those two guys to our dinner table and Mom fed them the best things she could make left an enduring mark on my heart. It was a truly memorable Thanksgiving.

Bill Davis went on to a pretty decent college career at the University of Arizona and was drafted in the 12th round by the NBA Phoenix Suns in 1968. Don Russell played a little ball for the Wyoming Cowboys, I believe. I watched both young men play several games that season for the local community college and followed them by reading the box scores in the Daily Rocket Miner. I’d had dinner with them, after all. Bill and Don seemed like friends after that Thanksgiving.

Many things to be thankful for this year, including the memory of Thanksgivings past, including one particularly memorable dinner for five in Rock Springs, Wyoming in 1966.