“By the way, newspapers are the first of over 50 companies that I started where my employees tell me how to run my business.”

There is a move afoot to bring a National Football League team to the city where things that happen there stay there. The most likely team to relocate to Sin City are, at least by Las Vegas terms, the aptly named Oakland Raiders, owned now by Mark Davis son of one the original NFL bad boys Al Davis. 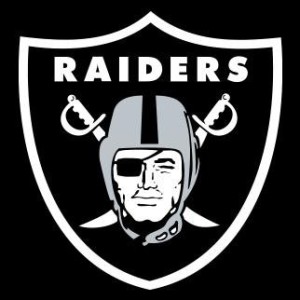 But, as ESPN reported recently, the “sins” of Al Davis, including a penchant for litigation, might not hamper his son’s ambition to embrace the Valhalla of American excessiveness, the Shanghai of Sin.

The NFL and its billionaire owners once took a dim view of gambling, which ruled out locating a team where people bet on games all the time, but the NFL’s oligarchs have now set aside any misgivings about either excess or sin. What happens in Vegas wouldn’t really stay there, but would flow out across the country fattening the wallets of NFL owners. So bring on the Raiders, bring on billionaire Sheldon Adelson and bring on the money, money, money.

In order to host an NFL team, Vegas needs a big ol’ stadium and boy oh boy does Sheldon Adelson think building one is a great idea. His recently acquired Review-Journal newspaper – the Adleson clan originally attempted to keep its purchase of the paper secret – has lavished uncritical front-page coverage on idea of building the stadium, while breathlessly endorsing the convoluted financing that has been proposed. Meanwhile, as he maneuvers to bring the NFL to southern Nevada, Adelson has pledged $100 million to the presumptive Republican presidential nominee and has his aides at work creating a Trump Super PAC.

Another of Trump’s billionaire friends recently secretly financed a lawsuit aimed at destroying an internet media outlet, a move that, at the least, will have a chilling effect for other outlets reporting on the lives of America’s high roller class.

The richest family in Utah now owns the venerable Salt Lake Tribune and, of course, Rupert Murdoch is in a class all his own. Influence is a growth industry even if real journalism is not.

Adelson is frequently referred to as a “supporter” or “financial contributor” to the Las Vegas stadium project and perhaps a part owner on a relocated team, but it is clear, at least when it comes to football, that Adelson is really not that much of a gambling man. Back in January before his minions at the Review-Journal began sanitizing coverage of the stadium proposal the paper actually reported some news about who will pay for the expected $1.2 billion football palace.

“Developers would seek $780 million in public financing, according to a document provided by Las Vegas Sands Corp., which is leading a consortium behind the project,” the R-J reported.

Other accounts have indicated that the Mark Davis owner’s contribution will be conditioned on $200 million “loan” from the NFL, further decreasing the contribution of “private investors” like Adelson. It doesn’t take a PhD in finance to see who is really going to pay for the new stadium. At least two-thirds of the cost will be born by the public.

A former Review-Journal columnist, John L. Smith wrote recently in The Daily Beast: “There’s been a conspicuous lack of skepticism in the local press, which with few exceptions has obsessed on the odds of the Raiders’ arrival instead of the audacity of the stadium’s financing plan. Only political journalist Jon Ralston has consistently questioned the deal’s leaps of faith and lack of transparency.”

Ralston, Nevada’s most respected political journalist, has also reported on the “gag order” that prompted Smith’s departure from the paper. Smith had aggressively covered the big name Vegas casino moguls, including Adelson and Steve Winn, for years, often quite critically and that coverage occasional brought a lawsuit. Now, under the new Adelson regime, Smith was ordered not to write about anyone who had ever sued him. Poof. There goes coverage of the Las Vegas power structure. Oh, yes. I forgot to mention that before Sheldon Adelson bought the Review-Journal the paper had been an outspoken critic of the process of financing a Las Vegas stadium project.

Now – are you surprised – the paper calls the stadium a “must do” project.

Adelson denies, of course, that his attempt to secretly buy Nevada’s largest newspaper at a cost substantially over its market value and then use it as a sort of house ad to enrich his Vegas hotel and entertainment empire carries any sinister connotations. If you want to believe that I know where you can buy a bridge.

With the “news business” now as fluid and in flux as it has been in generations, perhaps we should welcome guys with fat wallets bringing new resources to newsrooms, as Adelson claims he is doing in Las Vegas and Amazon’s Jeff Bezos clearly has done at the Washington Post. Still, put me down as a skeptic about the altruism of billionaires. As the New York Times media columnist Jim Rutenberg says, “billionaires do not become billionaires by being passive about their own interests.”

America has a rich history of rich guys owning newspapers – Hearst, Pulitzer and McCormick, to name just a few – and using their power to advance their interests and punish their foes, but this new trend of billionaires meddling in the media somehow seems more sinister and more dangerous, perhaps because it is happening at a time when so much of the media is financially weakened and vulnerable.

So this is America in the 21st Century. The Republican candidate for president calls for a crack down on a free press and wants to change libel laws, he routinely denies access to media organizations that offer critical (read factual) coverage of his nonsense and labels as “sleaze” reporters who dare ask legitimate questions. Meanwhile some of the pals of the Number One Media Critic in the country – fellow oligarchs all – use their unlimited money to intimidate and influence reporters, editors and news organizations. Orwell’s “Ministry of Truth” doesn’t seem all that far fetched in 2016.

The rise of the American demagogue and the companion triumph of the fabulously wealthy has happened for many reasons, not least because there unfortunately exists an ill-informed or misinformed American public. It also doesn’t help that we have a political class that encourages a Sheldon Adelson and his favorite candidate.

It’s a leap of faith to believe that a bunch of self-obsessed billionaires owning their own newspapers is going to improve this dangerous reality. The old journalistic notion that the job of a newspaper is to comfort the afflicted and afflict the comfortable has been turned on its head.