“About a quarter of American adults (26%) say they haven’t read a book in whole or in part in the past year, whether in print, electronic or audio form.”

Report of the Pew Research Center

I can scarcely imagine going a day without picking up something to read – the latest non-fiction title that is making me think differently about the legacies of The Great War, or the Jim Harrison novel resting on my bedside table, or the slim volume of William F. Buckley’s essays that has been just about the perfect companion to fill a pleasant and informative ten minutes.

Who doesn’t read book? Or frequent libraries? Turns out about a quarter of the American population did not crack a book in the last twelve months. A Pew Research Center survey, not surprisingly perhaps, says less educated, more financially insecure Americans don’t read books and the same group fails to take advantage of the wonders at the local library.

Here’s a paragraph from the Pew report: “Given the share that hasn’t read a book in the past year [26 percent according to the survey] it’s not surprising that 19% of U.S. adults also say they have not visited a library or a bookmobile in the past year. The same demographic traits that characterize non-book readers also often apply to those who have never been to a library. For example, men, Hispanics, older adults, those living in households earning less than $30,000 and those who have no more than a high school diploma or did not graduate from high school are the most likely to report they have never been to a public library.”

I’m tempted to make some sweeping social comment about the non-readers and the fate of the country – Donald J. Trump, a kind of rich guy with time to burn never reads books, either – but I’ll resist the social commentary and merely observe that I can’t imagine a life without books. Those who don’t read – or visit the library for that matter – are simply missing out on one of life’s most rewarding and pleasant experiences – getting lost in a book. It is simply part of what makes life worth living.

Between the World and Me – Ta-Nehisi Coates. A defining book on the still defining American issue – race. Coates’ book is a must read for those of us in the dominant culture who want to begin to understand what it’s like to live as a person of color in a deeply divided American society. 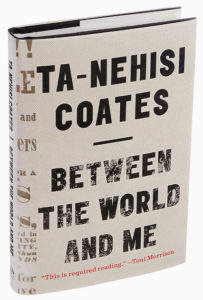 Custer’s Trials – T.J. Stiles. I thought I had read everything there was to read or that I needed to read about the ill-fated George Armstrong Custer, but Stiles, who won the Pulitzer for this book, showed me plenty of new material. He puts Custer in his times in a way no other book on Custer has and he doesn’t even write about the Little Big Horn.

All the Truth is Out – Matt Bai. This book came out in 2014 and received a lot of attention (that is clearly deserved), but I only got to it last year. Bai, a superb reporter and writer now with Yahoo News, tells the old story of Senator Gary Hart’s fall from the next president to a laugh line. You might think you know the Hart story, but I guarantee you won’t until you read this book. It also tells us so much about why politics and the media have become what they have become.

Spain in Our Hearts – Adam Hochshield. Another great reporter and writer tells the story of Americans enmeshed in the Spanish Civil War in the 1930s. It is a compelling and often tragic story. 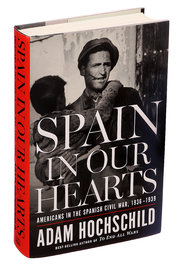 The Amazing Adventures of Kavilier and Clay – Michael Chabon. Comic books, Nazis, Gotham and a rip snorting good read. I could not put it down.

The Noise of Time – Julian Barnes. The talented Mr. Barnes imagines the life of the great Russian composer Dmitri Shostakovich who produced great music while constantly wondering when the KGB would come knocking at his door. The book is in part a meditation on how people behave in an authoritarian society under the constant threat of violence. Somehow Shostakovich lived in such a world – making many tradeoffs – and wrote his Fifth Symphony, one of the great symphonic works of all time. 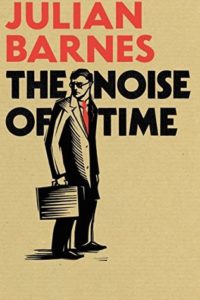 The Immortal Irishman – Timothy Egan. Read anything the intrepid Tim Egan produces, including his weekly column in The New York Times. This wonderfully told story resurrects the legacy of Thomas Francis Meagher, Irish rebel, Civil War hero and Montana legend and in the process tells us much about the Irish diaspora and why we are all Irish, or want to be.

Prisoners of Hope – Randall B. Woods. We’ll see how much of Lyndon Johnson’s world remains after a new president and GOP Congress get down to business, but since 1964 we have all been living in a world LBJ made. Woods tells this powerful story with color and skill. Johnson emerges as a political genius and a deeply flawed personality and therefore is fascinating. 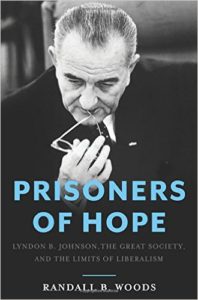 Bobby Kennedy – Larry Tye. Another fascinating and very complicated politician is treated both critically and with affection.

Finale – Thomas Mallon. This book offers another of Thomas Mallon’s deeply researched fictional takes on American politics and the book puts us right in the middle of the Reagan presidency. You’ll never think of Ron and Nancy quite the same way after reading this.

Dark Money – Jane Mayer. This book may be the best thing ever written about the deeply corrosive effect of vast money on our politics. Deeply researched and objectively presented it is difficult to read Jane Mayer’s awarding winning book and not be worried about our political future. 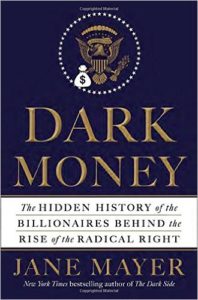